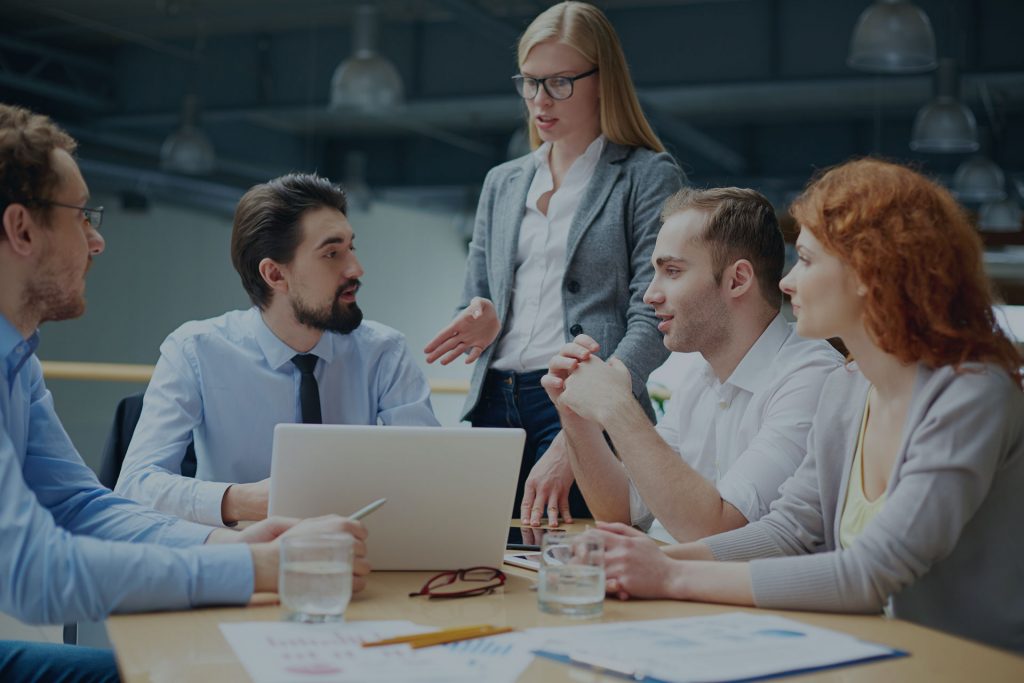 Nearly 15 years ago, suggestive evidence began to arise that ADHD may have a detrimental impact on life expectancy. Such opinions were based on what were then new findings from a longitudinal study at Stanford university initiated by Terman of gifted children followed their entire lifespan. The findings by Friedman and colleagues (2002) indicated that even among this gifted sample, children who placed below the bottom 25thpercentile of the population in the personality trait known as Conscientiousness had a 7-8 year reduction in their lifespan compared to the remainder of their sample. Conscientiousness refers to the use of one’s conscience in making decisions about one’s actions and their consequences for one’s self and others that contribute to the individual’s longer term welfare. In a sense, it is the effective use of self-regulation in making choices in one’s life. When low, Conscientiousness acts to reduce life expectancy due to its being a background trait that predisposes people to engage in adverse health and lifestyle activities that are known to reduce life expectancy, such as smoking, alcohol and drug use, risk taking, poor health maintenance activities, poor diet, etc. Indeed, low Conscientiousness has been repeatedly shown to mediate the risk of earlier death by all causes(Boff & Roberts, 2004). The traitis negativelyrelated to self-regulation generally and behavioral disinhibition specifically. Naturally, then, it is also negatively related to ADHD that includes disinhibition as one of its central symptom dimensions. Hence, if those in the bottom quartile on this trait had a significant reduction in lifespan, even among gifted children, those with ADHD would be expected to have an even greater reduction in life expectancy as those with ADHDplace in the bottom 5-7 percent of the population in their poor inhibition.Besides being low in Conscientiousness, there are a number of other reasons to expect that ADHD would be linked to a reduced life expectancy by young adulthood. For one thing, ADHD is linked to increased adverse consequences in nearly every major domain of life activity studied to date (Barkley et al., 2008), some of which are linked to shortened life expectancy. For instance, ADHDis associated withhigher risks for accidental and self-inflicted injuries in childhood andadulthood(Nigg, 2013). Adverse driving outcomes, including more vehicular crashes (Barkley, 2015c; Barkley & Cox, 2007),are also associated with ADHD. ADHD is also associated with an increased risk forsuicidal ideation, attempts, and completions (Barbaresi et al., 2013; Barkley et al., 2008). And teens and adults with ADHD-Care far more likely to be involved ininterpersonal hostility generally and antisocial activities specifically that includeviolent crimes, reactive aggression, and intimate partner violence even when conduct disorder is not present or is statistically controlled (Buitelaar, Posthumus, & Buitelaar, 2015; Mohr-Jensen & Steinhausen, 2016; Saylor & Amann, 2016). All of these variableswould predispose to an increasedrisk for greater morbidity and likely earlier mortalityby violent means.

For another, ADHD is associated withvarious adverse medical conditions, including increased rates of seizures, obesity, eating pathology, traumatic brain injury, tobacco, alcohol, and marijuana use, dental trauma and caries, sedentary behavioror low rates of exercise, sleeping problems, migraines, and risk for future coronary heart disease, as well as decreased involvement in preventive health, nutrition, and dental hygiene activities(Barkley, et al., 2008; Barkley, 2015b; Nigg, 2013). Many of these conditions are well-known correlates of reduced life expectancy and are used in algorithms that predict life expectancy as occurs in public health research and in the life insurance industry.

Over the past decade, a few studies have specifically examined the issue of greater mortality in ADHD using large epidemiological samples or even entire populations. They showed that in childhood, the mortalityrisk is nearly doubled that of the typical comparable population, and in adulthood, that risk is more than quadrupled (Dalsgaard, Ostergaard, Leckman, Mortensen, & Pedersen, 2015; Jokela, Ferrie, & Kivimaki, 2009; London & Landes, 2016; Virtanen et al., 2018). This risk of earlier mortality by midlife seems to be largely a result of a greater proneness to accidental injury but also, to a lesser extent, from an elevated risk for suicide (Barbaresi et al., 2013; Dalsgaard et al., 2015; Virtanen et al., 2018).

These studies do not address, however, the cumulative risk of chronically engaging in adverse health and lifestyle activities that can reduce life expectancy after mid-life. Thus, Mariellen Fischer, Ph.D. and I decided to use our Milwaukee longitudinal study to examine the possibility of reduced life expectancy in our ADHD and control children at their young adult follow-up (mean age 27 years) by entering 14 variables related to disability, health, and lifestyle into a recently available estimated life expectancy (ELE) calculator provided by the University of Connecticut Goldenson Center for Actuarial Research. We presented our initial pilot findings at the APSARD meeting in January of 2018 that suggested just such a significant impact on life expectancy. We then proceeded to undertake a more complete analysis of our data the results of which will soon be published in APSARD’s affiliated journal, The Journal of Attention Disorders.(Barkley & Fischer, in press).

The magnitude of such reductions in life expectancy can be appreciated by understanding that such reductions are far greater than those associated with smoking, obesity, alcohol use, high cholesterol, and high blood pressureeither individually or combined! Why? Because ADHD has been found to predispose individuals to engage in a number of such adverse health and lifestyle activities. For instance, we noted that the disorder reduced ELE in our study through its association with 8 of the 14 variables entered in the ELE calculations. These included the demographic factors of reduced education, lack of high school graduation, and lower annual income in the ADHD-C groups but also in the health and lifestyle factors of greater alcohol consumption, poorer overallhealth, reduced sleep, increased likelihood of smoking and of smoking more than 20+ cigarettes per day, and possibly greater adverse driving consequences resulting in license suspensions and revocations. Beyond these first order or more proximal factors that were adversely affecting life expectancy, we showed that the background trait of behavioral disinhibition explained more than 30% of the variance in life expectancy in our samples, consistent with the findings noted above concerning the role of low Conscientiousness in reducing lifespan.

Since the acceptance of our article for publication in the Journal of Attention Disorders, a new and remarkable study has just appeared in Nature Genetics(November 2018) from a consortium of researchersheaded by Demontis et al. whichinvolved the meta-analysis of DNA from 35,191control cases and20,183of ADHDcases. It is the first genome-wide meta-analysis of ADHD risk gene loci to havefound at least 12 chromosomal sites or loci to be significantly linked toADHD. But the findingmost relevant to this discussion was that ofsignificant shared genetic relationships between ADHD and nearly all of the first order risk factors used in our computation of ELE, including educational attainment, obesity, diabetes, smoking, sleep, etc.. This also applied to other factors we did not use, such as level of high density lipid cholesterol, earlier age of parenthood, risk for rheumatoid arthritis, earlier menopause, etc. It also found a genetic correlation between ADHD and lower intelligence, which we also found to be significantly predictive of variation in ELE. Most telling for these purposes was the significant and negative shared genetic relationship between ADHD and earlier parental mortality in both mothers and fathers. This further supports our conclusions that ADHD and its linkage to poor inhibition and low Conscientiousness are important genetic background or second order factors that link to thefirst order factors that are shortening the lifeexpectancyin those with ADHD.

These findings in the context of the other researchnoted aboveon increased mortality by mid-life argue for ADHD being viewed as a public health and not just a mental health disorder. They should also give impetus to efforts to try to reduce those first order factors that are predisposing to reduced life expectancy, such as obesity, smoking, excess alcohol use, poor diet, poor sleep, limited exercise, etc. in children and adults with ADHD. After all, estimated life expectancy is malleable –change the adverse health and lifestyle factors affecting it and one can improve quality of life as well as life expectancy. But our results also suggest that without efforts to address the background trait of poor inhibition specifically and ADHD symptoms more generally, trying to improve only those first order factors may have only limited success. Adding ADHD medications and evidence based psychosocial treatments to address the background traits predisposing those with ADHD to engage in these first order adverse activities is also likely to be necessary. Our findings also argue for making primary care physicians more aware of the linkage between ADHD, poor inhibition, and reduced life expectancy as they are the one’s most likely to be trying to improve the adverse health and lifestyle activities of individuals and yet are not screening for the significant role that ADHD may be playing in their failures to do so.

Barkley, R. A. & Cox, D. J. (2007). A review of driving risks and impairments associated with Attention-Deficit/Hyperactivity Disorder and the effects of stimulant medication on driving performance. Journal of Safety Research, 38, 113-128.

Bogg, T. & Roberts, B. W. (2004). Conscientiousness and health-related behavior: A meta-analysis of the leading behavioral contributors to mortality. Psychological Bulletin, 130, 887-919.